The Robots Are Coming - For The Jobs We Don’t Want

The insurance industry is frequently regarded as a late-adopter in terms of breakthrough technologies, driven by legacy systems and heavy regulation - in a customer experience environment which increasingly demands ever-greater speed and responsiveness, and where it has never been easier or quicker to switch providers.

While front-end development can improve UX in an agile way the datasets on which actuarial intelligence rests may in some cases be centuries old, and these back-end systems bring unique costs and challenges. When data has been gathered from disparate sources in different locations under varying regulatory frameworks it is vulnerable to human error, discrepancy and lack of standardisation - all of which can cause inaccuracies in assessing and underwriting risk, as well as processing claims optimally.

It also means huge amounts of time spent on tasks which are frequently repetitive and boring as well as labour-intensive. So it’s no surprise that robotic process automation (RPA) is transforming the industry across multiple functions - saving resources and increasing accuracy for the insure and speeding up processing and reducing costs for demanding customers in a win-win paradigm.

RPA in 2019 has grown out of a range of technologies under the broad umbrella of business process management software, combining ideas from industrial robotics and unified communications, to create something equivalent to a software-based super-employee: one who does the tedious repetitive work with unprecedented speed and accuracy, sitting on top of and working with existing procedures, rather than replacing them.

According to CapGemini research in 2018, RPA implementation in insurtech can be expected to pay for itself within 6-9 months, and can easily be phased in across an organisation, with less-critical workflow processes being implemented first. Because it follows existing workflows there are no lengthy design and testing phases, instead, the parameters of the automation can gradually ‘learn’ to handle more and more exceptions - in other words, fewer and fewer decisions need to be referred to human operators.

This means that the majority of straightforward policies and claims can be dealt with extremely fast and without any human intervention at all - although the end customer may not realise this is happening, when they are walked through onboarding or filing a claim via personalised and responsive communications in real-time.  The human experts can then focus their attention on the exception cases - the non-traditional risks, the claim applications where something doesn’t quite fit the usual pattern, outliers which the RPA can rapidly flag and escalate for their attention.

So how do executives feel about robotic colleagues, who are never tired, distracted, or bored by monotonous and repetitive clerical/IT work? Research from Workfront in 2017 revealed that 86% of workers believe that automation will let knowledge workers think of work in new and innovative ways. However, 34% believe that in the not so distant future, men and women in their line of work will be competing with robots, machines, and/or AI for jobs.  We’ve seen this happen in manufacturing, and it’s clear that the robots are now coming for some of the jobs we have previously classified as ‘white collar’ work too.

From clerical to creative: RPA liberates the human

But with the robots taking on the boring and routine work across multiple industrial sectors, the potential is there for more jobs to become creative and intellectually stimulating - and the roles RPA is fulfilling in insurtech are precisely those where variance and creativity (ie a lack of consistency) can be detrimental.

The future potential will continue to lie at the boundary, the human and AI interface and connection, where the exceptions get tested and new processes developed and learned. That’s why the growth of automation is so interesting and disruptive, as a trend to monitor across the industry. 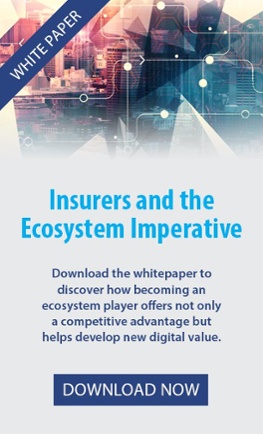